Institutional Shareholder Services (“ISS”) has announced several updates to its U.S. corporate governance benchmark policy guidelines for 2018. This year’s updates contain a pair of potentially significant compensation-related items, one involving its methodology for evaluating executive compensation and the relationship between chief executive officer pay and corporate performance and the other involving the compensation of the non-employee members of a company’s Board of Directors. With the exception of the new policy on director compensation, these updates will be reflected in the corporate governance and executive compensation policies that ISS will use to determine its voting recommendations for its proxy advisory clients during the upcoming 2018 proxy season.

A summary of ISS’ benchmark policy changes for 2018 are available at the following link: Executive Summary of ISS Policy Updates

As a long-time advisor to the institutional investor community, ISS is the bellwether for the key shareholder issues to be addressed each proxy season. ISS regularly publishes annual updates to its standards on corporate governance and executive compensation policies and practices. The standards for U.S.-based companies, which are contained in a policy statement published in advance of each year’s proxy season, are used by ISS to formulate the voting recommendations that it provides to its clients for the election of directors, the “Say-on-Pay” vote, the approval of employee stock plans and other proposals submitted for action at annual meetings of shareholders, as well as to analyze companies’ corporate governance and executive compensation policies and practices.

This article summarizes the information currently available from ISS relating to the key executive compensation and corporate governance-related policy updates for 2018. These policies will be effective for annual meetings of shareholders taking place on or after February 1, 2018.

In response to questions raised by academics and investor advocates about the growing use of total shareholder return (“TSR”) as the predominant performance measure in incentive compensation plan design (a practice that was influenced, in large part, by ISS’ use of TSR as the sole financial metric in its pay-for-performance evaluation methodology), ISS introduced a new standardized assessment methodology for the 2017 proxy season. This methodology (the Financial Performance Assessment (“FPA”) test) compared a company’s CEO pay and financial performance ranking (based on up to six different financial metrics as well as TSR) relative to the competitive market (as defined by an ISS-constructed peer group). Typically, ISS disclosed the results of the FPA test in its proxy analysis and voting recommendations reports on an informational basis. Where a perceived misalignment between pay and performance was identified, ISS factored the new assessment into its qualitative review of a company’s executive compensation program but, in our experience, with a relatively minor impact on the outcome.

For the 2018 proxy season, ISS has now added the FPA test to the quantitative “screening” portion of its pay-for-performance methodology. While the specific details about the mechanics of the assessment will not be known until ISS publishes an updated “White Paper” on its methodology in December, based on a preliminary “Frequently Asked Questions” document made available before Thanksgiving, we know the following about the new test:

Observations. While we won’t know the precise impact of the incorporation of the FPA test into the pay-for-performance methodology until it issues its revised White Paper, it clearly has the potential to significantly alter how companies fare in the quantitative screen. For our analysis of the assessment as it was introduced in 2017, see our Thoughtful Pay Alert, The New ISS Pay-for-Performance Methodology – A Closer Look at the Gathering Storm (June 12, 2017).

Observations. Citing a growing interest on the part of investors in both the magnitude of director compensation, as well as the structure of these pay packages, ISS is implementing this new policy to hold directors accountable when they are determined to have approved “excessive” compensation arrangements for a company’s non-employee directors without adequate justification. At this point, it is unclear how ISS plans to identify “excessive” compensation or what rationale or other factors may be sufficient to rebut such a claim. Nonetheless, we believe that there is a good chance that this determination will be based a comparison of a company’s director compensation program against a multiple of the median or average compensation of the non-employee directors at the ISS-constructed peer group. Such an approach would enable ISS to leverage its current research and is consistent with our understanding of how it has looked at this issue in the past.

Presumably, ISS is planning to address these matters in its Frequently-Asked Questions and Answers (“FAQ”) document which it typically publishes annually in December to amplify on the scope of its policies and to provide guidance on how they will be administered in practice. Although ISS has indicated that the new policy will have minimal impact for most Boards of Directors as it is focused on extreme outliers, we expect that most boards will feel better only when they have a clearer understanding of ISS’ standards relating to “excessive” director pay.

For several years, ISS has evaluated the responsiveness of Compensation Committees where a company has received “significant opposition” (that is, less than 70% support) to its Say-on-Pay proposal and, where such responsiveness was deemed inadequate, recommended a vote against the committee members and/or the subsequent Say-on-Pay proposal. Typically, the adequacy of the Compensation Committee’s response has been judged based on the disclosure in the Compensation Discussion and Analysis describing the results of the prior year’s Say-on-Pay vote and the extent of any subsequent shareholder engagement efforts.

ISS has now clarified this policy to provide that in evaluating a company’s response to a failed or perceived poorly supported Say-on-Pay proposal (presumably as disclosed in its CD&A) it will look at the following specific factors:

Observations. ISS appears to be simply codifying the growing “best practice” of providing a sufficiently detailed discussion of a company’s shareholder engagement activities in response to weak support for its Say-on-Pay proposal. In our experience, most companies that either fail or receive significant opposition to their Say-on-Pay proposal provide extensive disclosure in their next proxy statement about what they learned through their engagement activities and how they responded (often in the form of revised compensation program features or policies). This clarification should bring any companies that are not already making this type of disclosure into the fold. It remains to be seen whether ISS is positioning itself to become the arbiter of whether a company’s subsequent actions are sufficient (although, arguably, it already plays this role when it conducts its analysis of a company’s executive compensation program).

ISS has added to its list of “problematic” pay practices the following two items:

The failure to conduct one or both of the foregoing shareholder advisory votes will result in a recommendation to vote against all directors or the members of the Compensation Committee.

In addition to the foregoing, ISS has also revised its governance-related compensation policies for U.S. companies, including the following:

Observations. While, in our experience, gender pay gap proposals have been rare to date, clearly ISS is anticipating that such proposals may become more common in the future, particularly at high-profile companies.

While ISS has been recommending a vote against the members of the board committee responsible for risk oversight when it identifies a significant amount of pledging of company shares, it has now converted this informal practice into a policy. Going forward ISS will recommend a vote against all directors or the members of the board committee that oversees risks related to pledging where a significant level of pledged company stock by executive officers or directors raises concerns. In formulating its recommendation, ISS will consider the following factors:

Each year, ISS publishes an FAQ document and a White Paper on its “pay-for-performance” mechanics designed to help stakeholders understand upcoming changes to its compensation-related methodologies. As in prior years, these materials will be published in mid-December 2017.

In response to the questions it has already received regarding the upcoming changes to its quantitative pay-for-performance “screening” methodology and the Equity Plan Scorecard, ISS published the preliminary “Frequently Asked Questions” described above to address some of the most commonly received questions to date. This document can be found here.

Finally, as in past years we expect ISS to be publishing updated “burn rates” for each GICS industry/index group in December.

Compensia has significant experience in helping companies understand and address ISS’ corporate governance and executive compensation policies. If you have any questions on the topics covered in this Thoughtful Pay Alert or would like assistance is assessing how the policies are likely to affect your executive compensation program, please feel free to contact us. 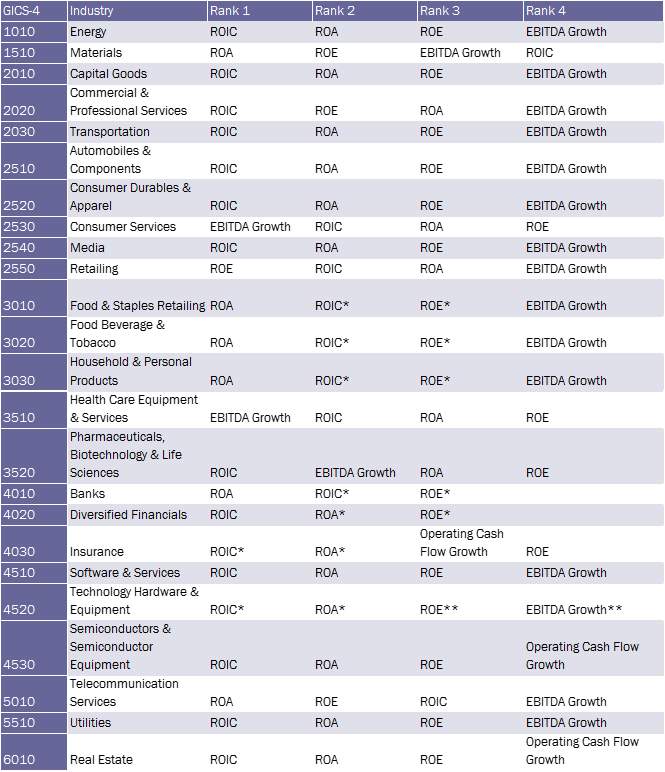